Skip to content
My Bag
Now reading: Israeli Street Artists: A Look at Some of the Country's Talents
Share
Next

Israel is home to a vibrant and thriving street art scene, with many talented artists creating unique and fascinating works of art on the streets of the country. Some of the most well-known street artists in Israel include Dede, Know Hope, and Yigal Ozeri.

Street art can be found throughout Israel, in cities such as Tel Aviv, Jerusalem, and Haifa. In particular, the streets of the Florentin neighborhood in Tel Aviv are known for their abundance of street art, with many colorful and creative murals and installations on display.

Israel is home to a vibrant and diverse street art scene, with many talented artists creating unique and striking works on the country's streets and buildings.

Here are some of the notable artists:

Broken Fingaz Crew is a group of street artists who are based in Haifa, Israel. The collective is known for their colorful and bold style, which often incorporates elements of graffiti, hip hop, and pop art. The artists in the group are known for tackling political and social issues in their work, and they have gained a large following both in Israel and around the world. Their art can be seen on the streets of Haifa and in galleries and exhibitions, and they have collaborated with a variety of artists and organizations. The members of Broken Fingaz Crew are known for their unique and powerful visual style, which has helped to establish them as leaders in the world of street art.

Yigal Ozeri is a very talented artist who lives in New York City. He is known for making incredibly detailed and realistic paintings of people and landscapes. His paintings are often very big and show beautiful scenes with young women in them. Ozeri's paintings are influenced by a style of art from a long time ago called pre-Raphaelite, and they have a dreamy and romantic feel to them.

Levgeniia Batrushtai, better known by her artist nickname Nia Shtai, was born in 1990 in Kharkiv, Ukraine. As a child, she studied in boarding school for eight years, from 1997 to 2005. During this time, the country experienced numerous power outages, and in order to keep the students entertained, Nia's teacher would have her stand on a chair in front of the class and tell stories. It was through art that Nia was able to find solace during this difficult time.

Now, as an adult, Nia is facing a new crisis: the ongoing war in Ukraine. But once again, art has proven to be a source of comfort and inspiration for her. Through her paintings, she is able to express her love for the world and appreciate its beauty, even in the face of tragedy. Nia views her artworks as her children, a way to connect with others and share her experiences with the world. Rafael Gerlach is a German-Israeli artist who has gained recognition for his vibrant, surreal murals. His paintings often depict dreamlike landscapes and fantastical creatures, blending elements of fantasy and reality in unique and imaginative ways. Gerlach has created murals in cities throughout Europe and North America, and his works can be seen on the walls and buildings of places such as Berlin and Los Angeles.

In addition to his murals, Gerlach is also known for his paintings on canvas and other mediums. He often incorporates a variety of techniques and styles in his work, ranging from photorealism to abstract expressionism. Gerlach's paintings often explore themes of escapism and the subconscious, inviting viewers to enter into a world of imagination and wonder.

Gerlach has exhibited his work in galleries and museums around the world, and has been featured in numerous publications and interviews. He has also received numerous awards and accolades for his contributions to the art world. Gerlach continues to create new works, pushing the boundaries of traditional mural painting and exploring new themes and ideas in his art. 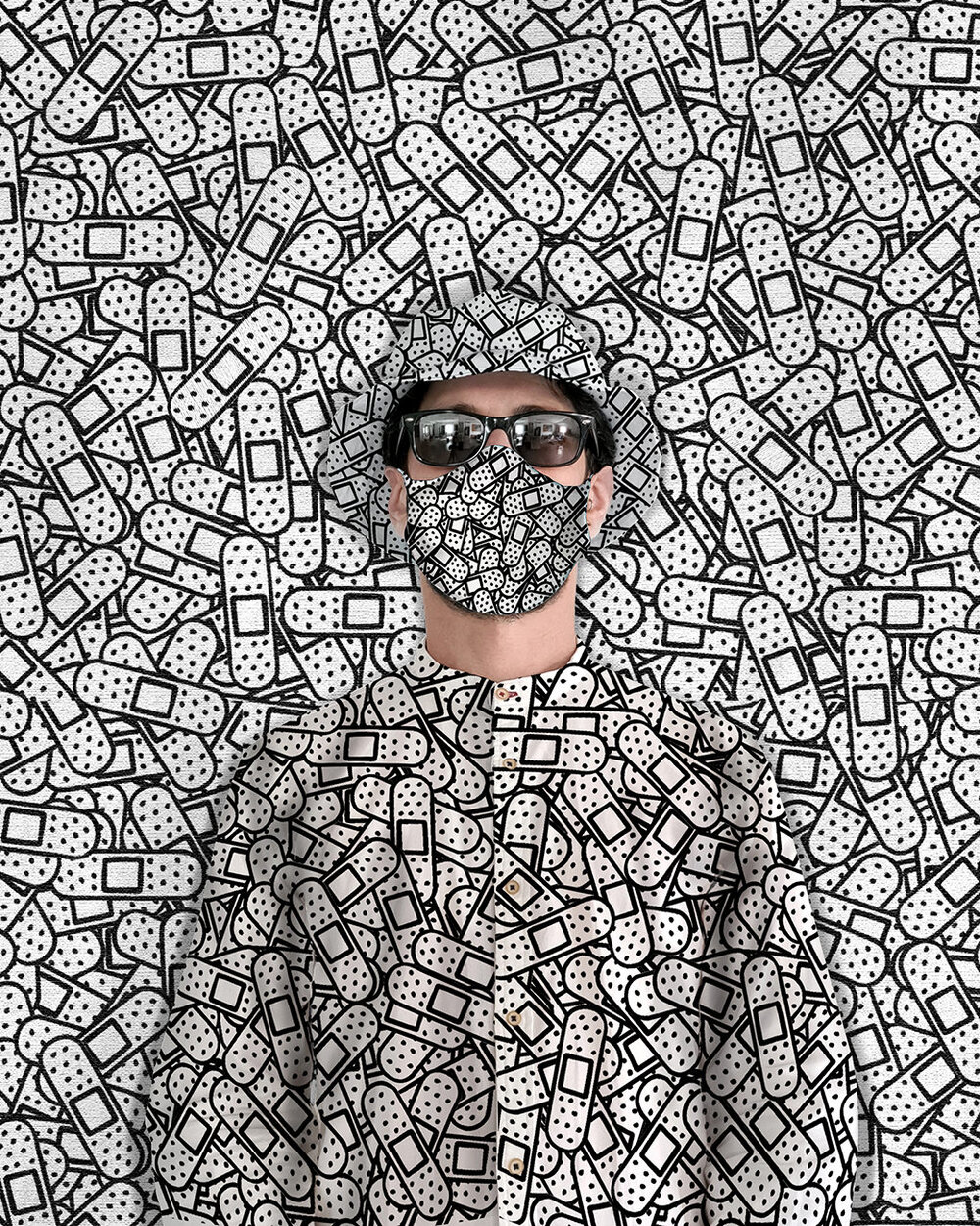 Dede is a highly-regarded Israeli street artist who is known for his colorful and playful murals. His works often feature whimsical characters and scenes from everyday life, capturing the joy and innocence of childhood. Dede has created many murals in cities throughout Israel, and his work can be seen on the streets of Tel Aviv, Jerusalem, Haifa, and other cities.

Dede's murals often incorporate a variety of techniques and styles, ranging from realism to cartoonish illustration. Dede's earlier work was primarily done using spray paint. Over the years, he changed his style and began creating more free-flowing works on paper that are then attached to buildings. A prominent feature in his work is the use of bandaids. The reason for his use of bandaids is not known, and the artist himself does not provide a specific explanation. However, the widespread use of bandaids in his work is reminiscent of the use of the heart symbol, as well as other symbols such as tears, an outstretched hand, and others, which artists use to express both human suffering and hope. 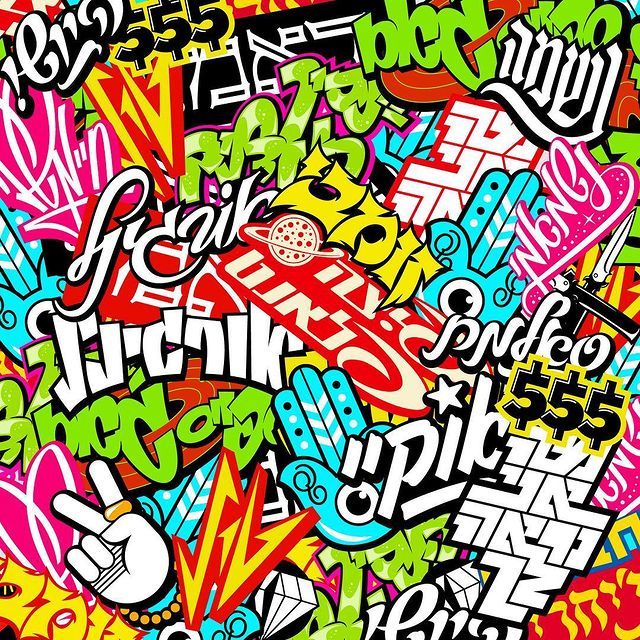 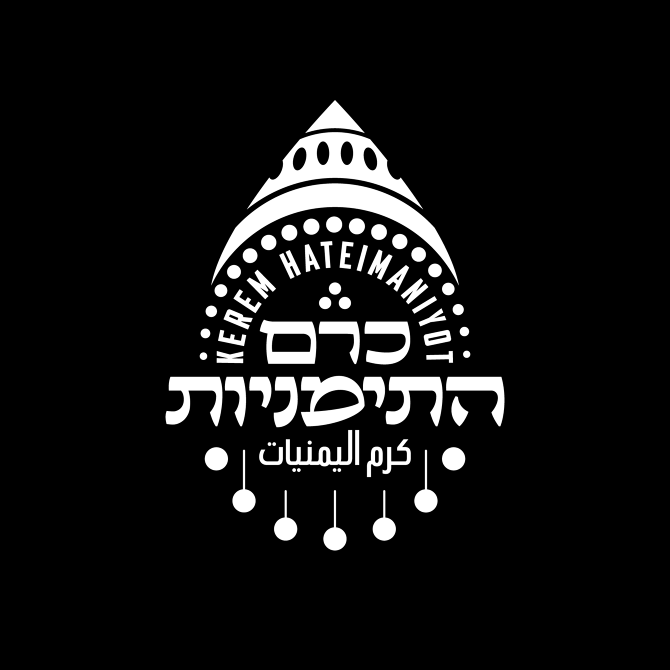 Hen Macabi is a talented artist who has been able to turn his passion for drawing into a successful career. Growing up, he was always interested in creating characters and logos, and his early work was heavily influenced by the cartoons and movies of the 1990s. After completing his studies at Shanker College, Macabi decided to pursue a career in art and began working as an independent artist. Over the years, he has built a reputation for his unique visual style, and has worked with a variety of clients, including many notable Israeli artists and musicians.

Know Hope is another prominent street artist in Israel, known for his thought-provoking and emotionally charged works of art. His murals often address social and political issues, and can be found on the streets of cities throughout the country.

"Know hope" was born in Southern California in the United States and moved to Israel with his parents when he was 10 years old. According to him, he never learned art in a formal institution, but was always surrounded by art. Both of his parents are artists, and most of his knowledge and experience was gained through trial and error.

His works began to appear on the streets of Tel Aviv in 2005, mainly in graphic writing using spray paint that showed his nickname on electric boxes, bulletin boards, walls, and building walls, a matter that was a puzzle in terms of its existence. 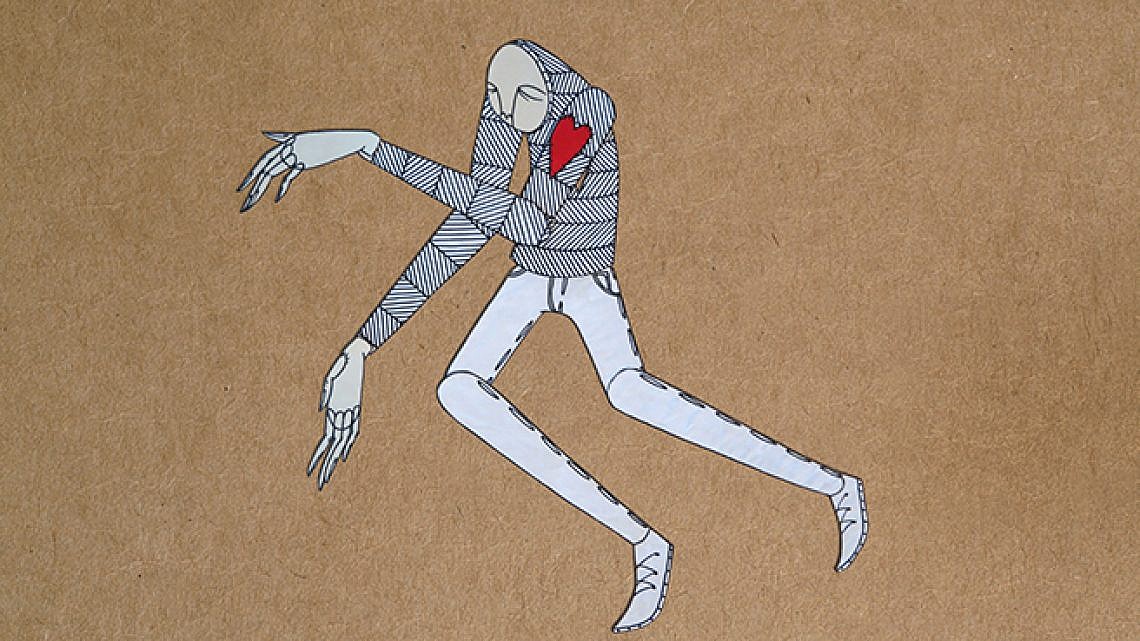 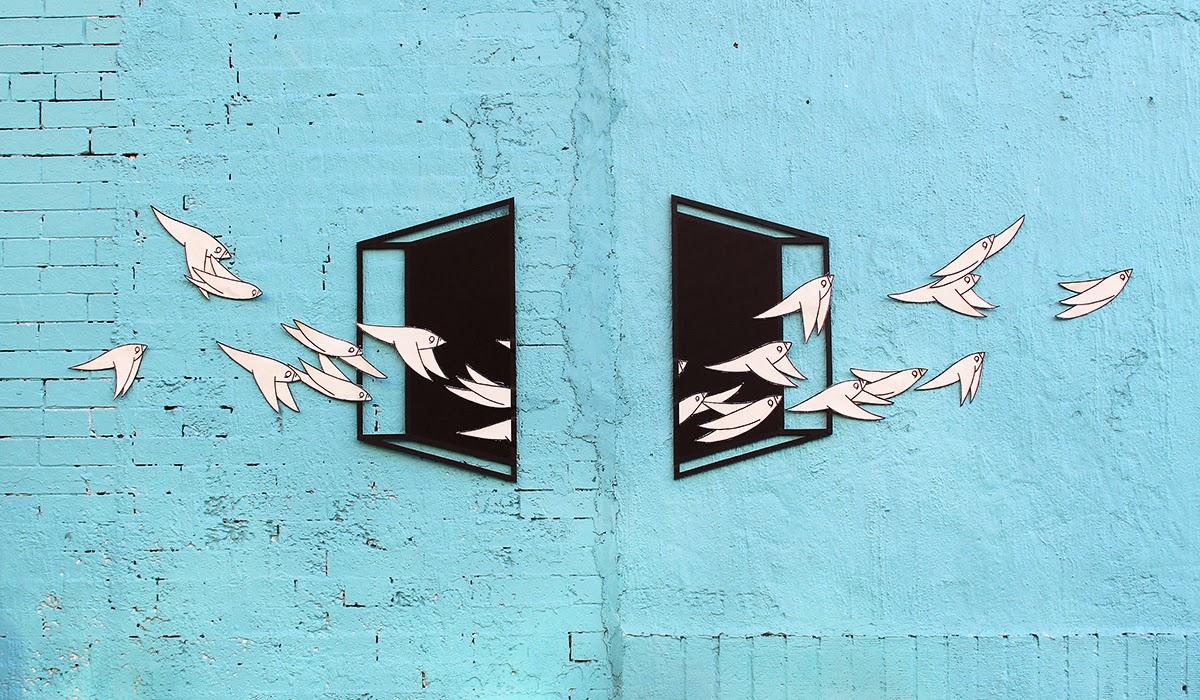 WORK BY BROTHERS OF LIGHT 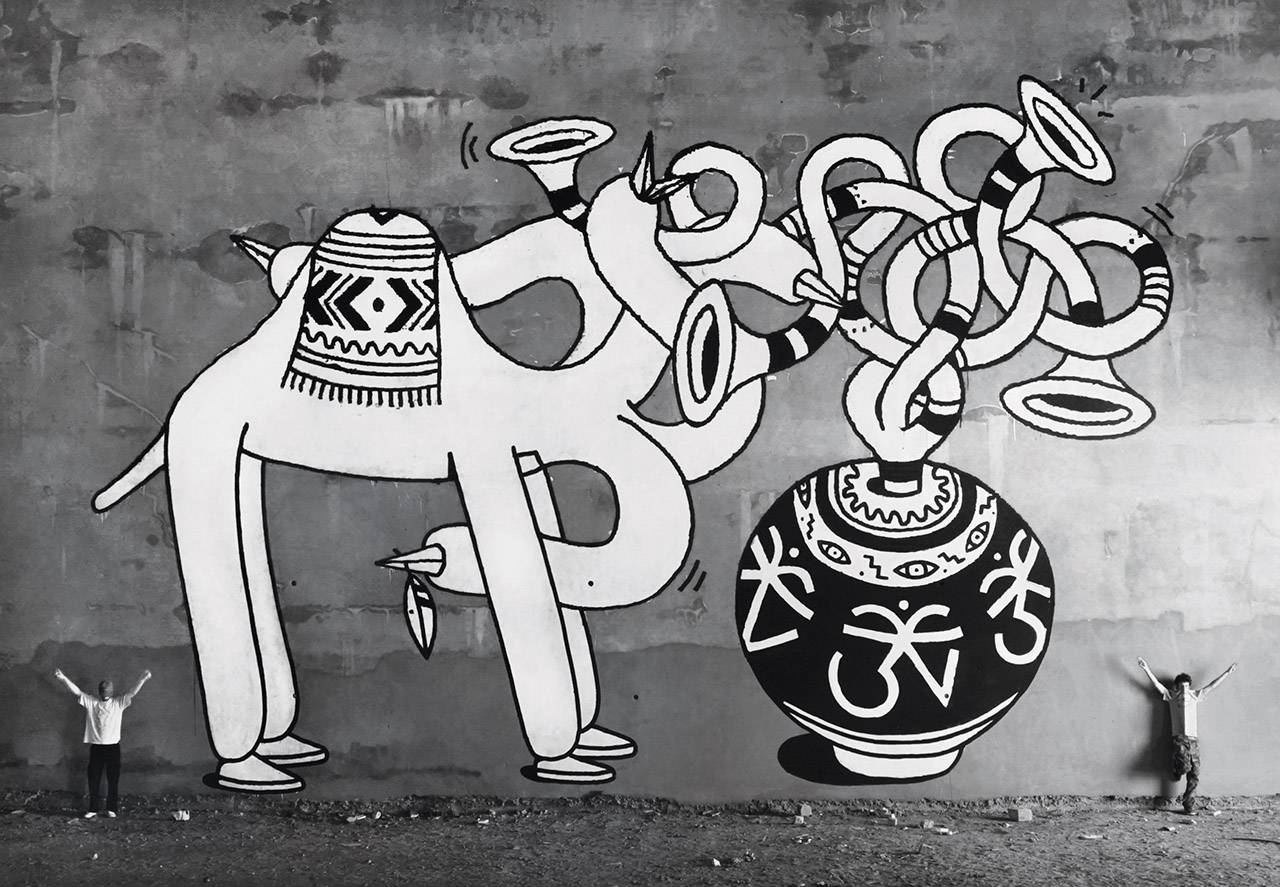 WORK BY BROTHERS OF LIGHT

Brothers of Light is a crew of two artists based in Jerusalem, Gab and Elna. The brothers began working together in 2015, creating both indoor and outdoor art using a variety of media including murals, canvases, and wood. Growing up, they were part of the skate scene, which influences their iconography to this day. Through their colorful and naive motifs, the brothers aim to introduce their audience to their own utopian vision of the world. Their work can be found in exhibitions, galleries, and art events around the world, but they are most known for their street art, which can be found in cities like Tel Aviv and Jerusalem. Their style is characterized by the use of opposing color fields, curved black and white lines, and a clean graphic aesthetic. 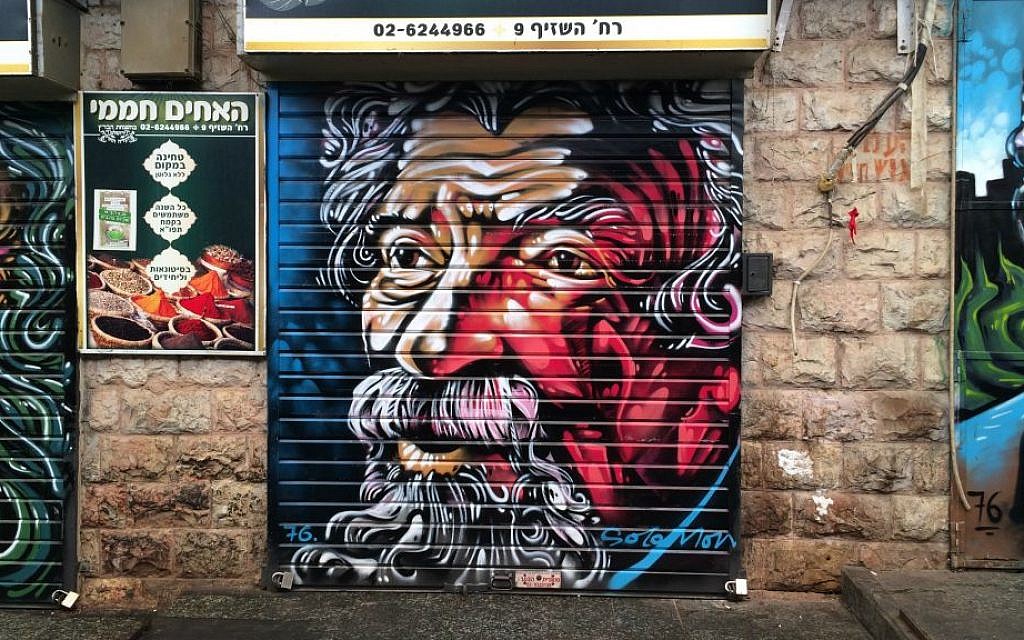 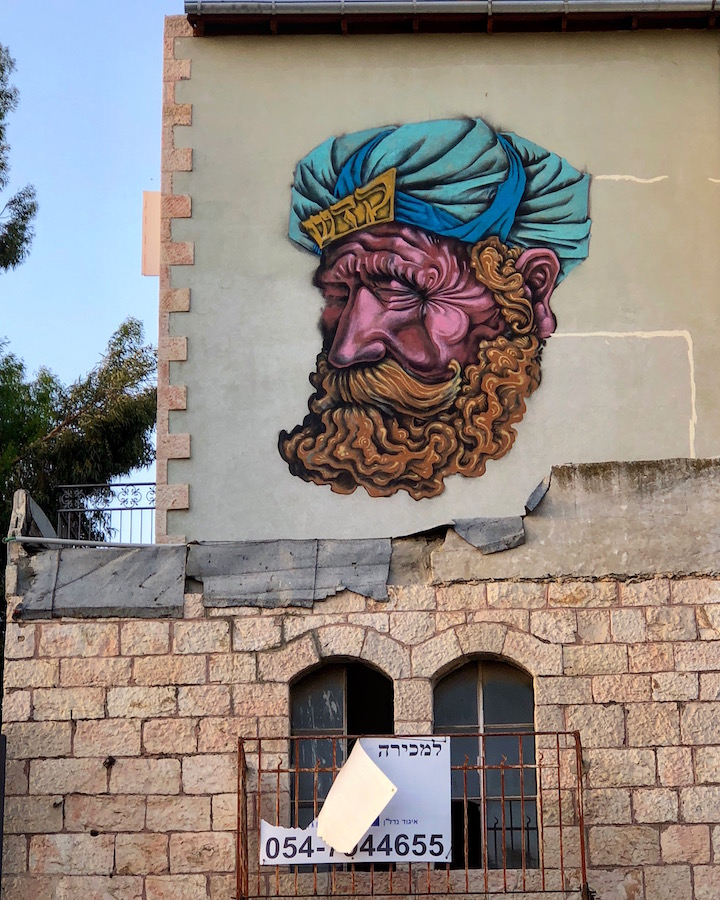 Solomon Souza is a London-born artist who grew up in the neighborhood of Hackney. His mother, Karen Souza-Kohn, is a British-Israeli painter and the daughter of Goan artist F.N. Souza and Czech Jewish actress Liselotte de Kristian.

Souza is largely self-taught and has been creating murals since he was 14 years old. As of July 2018, he had painted more than 250 of the 360 shutters in the Mahane Yehuda Market. Each painting takes two to four hours to complete, and Souza usually finishes three murals per night. His murals often feature historical and contemporary figures, including Yossi Banai, Roseanne Barr, Menachem Begin, David Ben-Gurion, Albert Einstein, Mahatma Gandhi, and many others. There are also several depictions of rabbinical figures and Arab personalities, as well as biblical scenes. The murals have become a popular attraction at the market, especially after hours and on Saturdays when the shutters and metal doors are visible.

In conclusion, Israel is home to many talented street artists who are creating unique and engaging works on the country's streets and buildings. From brothers of Life surreal paintings to Broken Fingaz Crew's bold, political works, these artists are helping to shape the country's vibrant street art scene.